The Ancient Past of Keatley Creek: Volume II: Socioeconomy

Keatley Creek is a world heritage quality site with unusually large housepits, good preservation, clear architectural features and evidence for complex socioeconomic organization. Work done here has been at the center of theoretical and methodological advances in archaeological studies of complex hunter/gatherers. Volume II: Socioeconomy presents analyses dealing with the basic social, economic, and political organization of the prehistoric community at Keatley Creek. Faunal, botanical, and lithic remains are examined in individual chapters to determine how activities were structured within housepits of different sizes (small, medium, and large). Not only does the internal organization of activities differ between small and large housepits, but the overall assemblage compositions also vary. Small housepits are relatively impoverished compared to large housepits even after assemblage size differences are taken into account. Special chapters address prestige artifacts, evidence for ownership of fishing sites, the role of domesticated dogs at the site, heating strategies used in the pithouses, and architectural reconstructions. Summary chapters deal with inferences about the overall prehistoric socioeconomic organization at the site, the relative level of complexity of the community, and a reconstruction of life at the site. 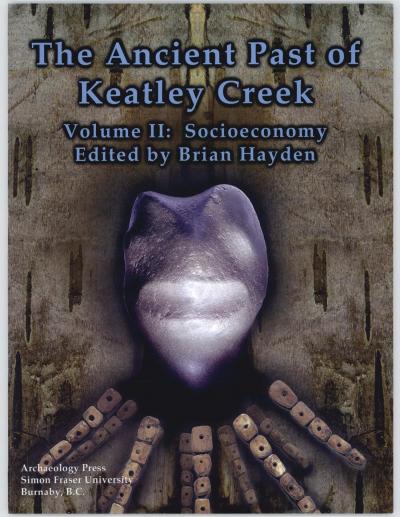