When I first became interested in Northwest Coast archaeology a review of the literature revealed that no other major culture area of North America was so poorly known archaeologically. At the same time the ethnographic cultures of the region had been intensively studied and the opportunity to use the direct historic approach seemed promising. The selection of the Bella Bella' region as the focus of studies came about through discussion and correspondence with other archaeologists working on the coast. The National Museum of Canada had ongoing research on the Queen Charlotte Islands and the Skeena river mouth. Simon Fraser University was initiating research in the Bella Coola region. The geographically intermediate and archaeologically little known Bella Bella region seemed an obvious choice. Research was initiated during June of 1968. This preliminary season was devoted to exploratory efforts as a guide to future research. At the inception of the work, none of the researchers had prior experience in the area, nor much experience in the survey and excavation of shell middens, consequently during the first week of the season we initiated a survey to locate prehistoric sites. Our first efforts consisted of motoring along the shoreline looking for any obvious remains or unusual topographic or vegetational features. We would then go ashore to examine likely areas. We also examined other areas selected at random to learn if we were overlooking any sites. The dense vegetation combined with the steepness of the shoreline quickly convinced us that more efficient survey methods had to be developed. We were recording less than one site per day, yet were expending great amounts of energy. We therefore began a systematic program of interviewing residents about the location of sites. Many local people knew the locations of pictographs and petroglyphs; but their knowledge of midden locations was less precise. One man in particular, Willie Gladstone, of the Bella Bella band, at that time 82 years old, proved to be a mine of information. He provided us with more than fifty site locations, and marked our navigational charts with additional comments regarding site type and distinctive features. We then proceeded to visit and record each location. At the conclusion of the field season we had recorded 51 sites and had yet to investigate an additional 31 sites reported by local residents. Additional efforts during 1968 included test excavations at Namu and Kisameet. The survey (Fig. 1) from its inception in 1968 has been directed by J. Anthony Pomeroy who is preparing a separate report on this aspect of our project. 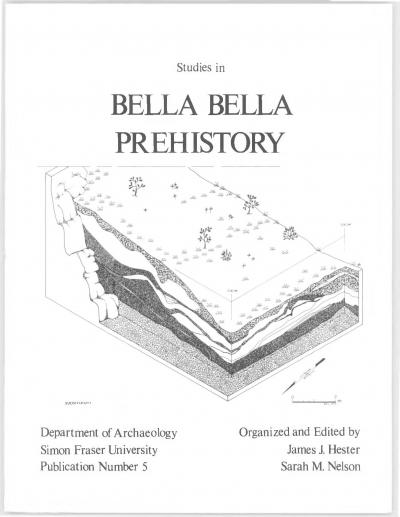